← The Late Great United States
Shedding The Baggage: Be Like Jesus → 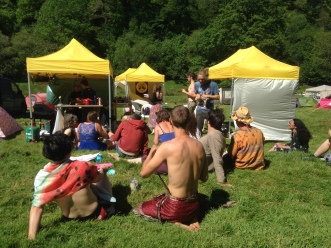 “(I)s the Christian view of the world to be optimistic or pessimistic? If it is essentially evil, then creation is to be beaten into submission to the will of God. If it is good, then it is to be worked with and honoured as something sacramental, in which we can see the hand of the one who created it. If a pessimistic view is taken, then the church is an ark into which to drag as many souls as possible so that they may be saved from the final bonfire. If the view taken is optimistic, then the church prays that God’s Kingdom ‘may come on earth as it is in heaven’, and co-operates with nature.” (emphasis added)
—John Finney, in “Recovering The Past – Celtic and Roman Mission.”

It is interesting to me that, though Jesus taught us to pray the Kingdom of God would come, he didn’t explain what that is supposed to look like so that we would recognize it when we see it, or so that we could pray specifically about what exactly should come. This does not sit well with many evangelicals who have mistakenly been taught that 1 Peter 3:15 means that we need to know all the answers – and many Christians act as if they do. In fact, I remember reading a survey asking people what they find most objectionable about Christians. One of the top answers was that Christians tend to be know-it-alls. That would certainly be one of my answers – yes, I find many of my own tribe annoying – and I’ve been guilty of it myself. The evangelical answer to the question of what Jesus meant when he told us to pray “thy kingdom come” is that we should pray for the “second coming”. This is rooted in the evangelical mentality that we need to “get saved”, and get others saved, so that we can, as N.T. Wright puts it, “go to heaven when we die”, as if there’s nothing more going on in between. This mindset misses the point of our creation, our calling as Sons and Daughters, redemption (See Romans 8:20-22), and the whole will and the purposes of God. I look forward to the return of Jesus, but I’m convinced that’s not what he meant when he taught us to pray, “Thy Kingdom come.”

There is lots and lots of mystery about God, and about His Kingdom. How could it be otherwise? He is Eternal, and we are less than a speck in a vast universe, itself fully holdable and observable by an omnipresent Creator of All Things. And yet, to some, mystery is uncomfortable. I wrote in my last blog about finding the Imago Dei in all things. One example of the Imago Dei that I see in post-modernism as a world view is the childlike delight many of the “spiritual-not-religious” express toward Mystery. In that, they have some fellowship with their Creator, even if they couldn’t say it that way. They are, I think, many steps ahead of believers who chafe against that same Mystery, and who see nothing redeemable about post-modernism (Side note: Just as a world view such as post-modernism is not all bad, so our current expression of Christianity’s not the best one possible. We are living in a post-Christian age. Rather than bemoan that fact, we ought to rejoice in it and see it as an opportunity to re-examine ourselves and our Christian praxis).

So what are we to know about the Kingdom of God? The subject is bigger than the universe, in fact, it is infinite. But I can give a simple illustration with a typical encounter from my ministry; A woman, not a Jesus follower, comes into the ministry tent, and we find she is being held back from growing spiritually by resentment against her mother. She is not willing to forgive her. Through addressing other, peripheral wounded places in her soul, she finally completely forgives her mother. A piece of the Kingdom has come into her life. 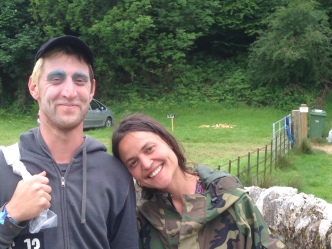 Upon hearing a story like this (I, and others like me, have hundreds of them), a regular church goer will likely ask, “But did you get them to accept Christ?”, only without question intonation – it is meant more as a statement than a question.

In his book, “The Celtic Way Of Evangelism”, George G. Hunter III points out the difference between evangelization by the Roman bishops, and that of the Celtic saints. The Romans considered the Barbarians, which included the Celts, to be “unreachable”; when they did attempt to evangelize them, their efforts involved first getting them “civilized” enough to receive the Gospel. The Celtic saints were very different. Many of them were indigenous with the Celts, or at least had lived among them, as St. Patrick did. Their usual method was to build a monastery in the midst of their neighbors, then simply interact naturally with them. They served them in whatever ways they could. Eventually, their neighbors would find the monks’ way of life to be worthwhile and would become Jesus followers themselves. Sometimes it took a long time, but the Celts were eventually successful in bringing all of Great Britain – Celts, Angles, Saxons, Picts, Jutes, and Britons -to faith in Christ. They had an impact on the mainland as well, apparently all the way to Asia Minor. The Romans, on the other hand, did what is normally recognized as evangelizing to this day – they preached at them, and/or tried to change their culture, which has been a common and regrettable mistake in missions throughout Christian history. They were not nearly as successful, at least not initially, among the “Barbarians”. Also, the Celtic saints really didn’t have much doctrine or have much use for it. Doctrine may be important but you can’t indoctrinate people into faith. In contrast to the Romans, the Celts were a poetic, emotional, passionate people. As pagans, they loved, and probably worshipped, the natural world. Once they became Christians, they continued to place a high value on nature and in their poetry, recognized the hand of their Creator in the creation. Wisely, the saints realized there wasn’t necessarily anything to be gained by scrubbing clean everything about the existing culture. 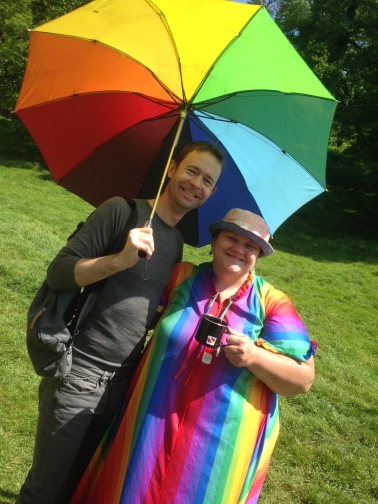 Although it’s hard to know exactly the methodology used by the Celtic evangelists, since they resisted writing, it appears that the methods used today by what John Finney calls “the new evangelists”, which include myself and my fellows, resembles that used by them. We like to go to festivals, especially “transformational festivals”. Hunter refers to our post modern culture as turning toward “neo-barbarism”. I confess I rather like that, and I identify as such without abandoning civility completely, I hope. So I’m a natural fit at these festivals. We set up our camp among the others. Our mentality is not that we are the Christians come to “save” the heathen. It is that we are festival people, indigenous with that culture, and as Jesus followers, we are there to serve our neighbors. We hope we can bring something of the Kingdom into the lives of individuals and into the micro-community we find ourselves in as well, and we invariably do so. We hope that our neighbors will see something in us that they want and that they will be influenced by us. We in turn allow ourselves to be influenced by them, by recognizing the Imago Dei that they necessarily possess, and which, maybe, we lack. But if and when any of them ever choose to “convert”, which we are prepared to walk them through, that will be 100% their choice. That is what Honor looks like. God himself honors our choices; free will is, I believe, God’s greatest gift to us, because without that, neither love nor grace is possible. Why would we treat anyone any differently?

3 Comments on “Shedding The Baggage, Part 2”