NOT How It’s Done 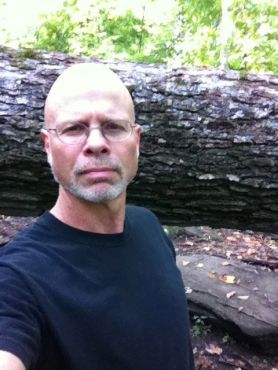 Recently, a friend, sent me a link to a blog written by a guy who is part of a Christian prayer group. This particular blog article was about a music festival, one of a series of music festivals that happen in various places around the world. The prayer group obviously feels threatened by the existence of these festivals, owing, it seems to their New Age ethos. The writer of the blog mentioned the New Age leanings and called it an “occult” music festival. He writes how his team visited one of the festival arenas prior to the festival to pray that, among other things, attendance would be low and that there would be “major delays and disruptions” so as to hinder the festival. And he reports that attendance at that particular festival, unlike similar festivals held elsewhere, was extremely low indeed and that the delays and disruptions and troubles were pretty substantial. The author was pretty excited about the group’s apparent success, but from my position as someone who attends festivals all the time, I have to ask – what did they really accomplish?

I’m sure they believe they frustrated the powers of darkness.

Assuming for the sake of argument that the group’s prayers were responsible for the low attendance and the technical troubles, did anything redemptive happen as a result?

The author counted as a victory the low attendance. The arena, he reports, holds 15,000 but only 1,100 showed up. If we allow that the music festival is a place of spiritual darkness, then we can make the assumption that those that stayed home avoided that darkness for that period of time, but there is darkness, and light, everywhere, and I doubt this music festival is as evil a place as this group of Christians assumes it to be. And what about the delays and disruptions? Were they a testimony to anyone that the love of God is greater than any power on earth? Certainly not to the attendees or the organizers, unless the group engaged them to tell them what they had done, but the author doesn’t report engaging any of them, though some of them stayed at the arena to observe the “fruits” of their “labors”.
,
So they engaged no one, blessed no one, loved no one.

If these prayer warriors HAD engaged the organizers or the attendees and told them that the festival failed because they had prayed against it, would they have been grateful? Would they have seen this as an act of love on the part of the prayer team?. No, they would have seen it as an act of aggression. They would have, I promise you, felt (understandably) that these Christians hated them and disapproved of them, and that therefore, the Christian God probably hates and disapproves of them too. 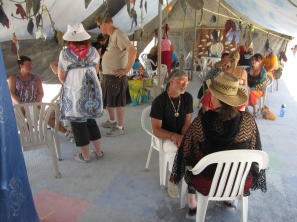 It appears that these intercessors attended the festival but DID NOT bless the attendees, and this is what I find most troublesome about this whole episode. This looks to me to be just another case of fearful Christians too afraid to actually walk in love amongst those Jesus has died to love. How does anyone read the accounts of Jesus and not understand that he absolutely wants to BE there with these people, and that it is our job to go where Jesus wants to be?

I’ll tell you a secret: I go to many festivals – it’s what I do – and I and those I go with are often the only Jesus followers there. You know what we always find?

Jesus is already there!

On one hand, I commend these intercessors for their zeal and I know they believe they are being loving and doing the Lord’s work. They don’t know they are being fearful, but they are, and Jesus followers, of all people, should fear nothing. They apparently were praying for the attendees to not enter into covenants with darkness. Well and good. But why were they not THERE for them, listening to them and praying for their real earthly and spiritual concerns? Why were they not ministering to their needs and empathizing with their hurts and disappointments? In short, why were they not loving them? Isn’t that what Jesus did? When did he ever do anything resembling what these “prayer warriors” were doing?

Our ministry – the ministry of ALL Jesus followers – is that of reconciliation (2 Corinthians 5:16-20). There’s a better way to do this than by disrupting things and opposing people’s free will, which even God does not do and which does not redeem anything at all. Jesus meets people where they’re at. This is the difference between the Tree of Life and the Tree of the Knowledge of Good and Evil. The fruit of the latter may make you feel clever. But it is ministering Life and Light which has taught me what Jesus meant when he said, “I have food to eat ye know not of”. 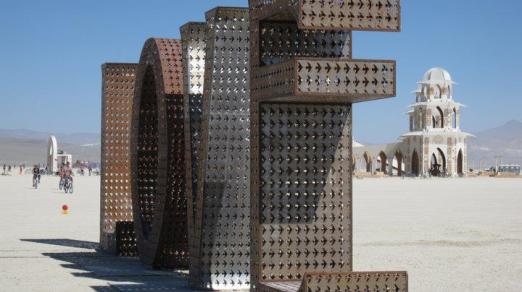